Szegedi Szabadtéri Játékok has been our client for more than 10 years, we worked together in numerous different projects. In the last years, the we planned and implementer outdoor theatre’s yearly communication campaign from media planning to preparing graphic materials.

ELEMENTS OF THE CAMPAIGN

We planned spot campaigns to both national and local radio stations; some of them promoted a whole season, some promoted a certain highlighted production.

We launched both spot and non-spot type campaigns on channels popular amongst out target audience, where a close content cooperation with these channels was an important element.

Our previous researches proved that outdoor appearances still impact campaigns greatly, so in the last years Szegedi Szabadtéri Játékok was both present in Budapest and in the countryside.

We believe in the power of native contents – that is why we prefer these to traditional image advertisements.

The online platforms of the campaigns were planned to be measurable, and content cooperation was also emphasized - a lot of videos were published on various spaces.

Thanks to the well-considered planning ang continuous monitoring, we managed to keep the tendency of better campaign performance in 2018 as well, breaking a record in ticket sales of Szegedi Szabadtéri Játékok. 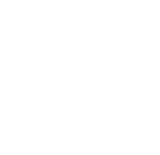